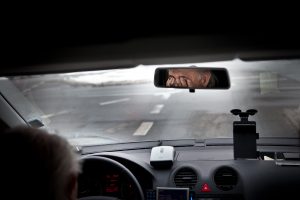 For most people, the holidays mean spending time with friends and family. One of the greatest gifts you can give this season is

sober driving. We deal with drunk drivers daily, but the holidays are a time when DUIs are much more prevalent. Here are some ways you can stay safe during the holidays!

If you plan to go out and drink, make sure you have a way to get home or plan to stay there.

2. Be a designated driver

To make sure your friends and family get home safe, volunteer to be the sober driver. Groups should always have a friend stay sober so they can drive.

3. Do not allow underage drinking

Underage drinkers are more likely to drive under the influence. Although the holidays can be a time to let things slide, do not let underage children drink at holiday parties.

4. Make space for people to spend the night 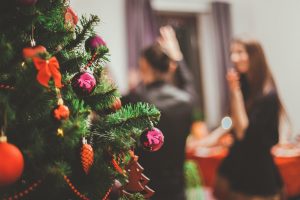 If you’re hosting a holiday get-together, it’s a wise idea to let people have the option to spend the night. Letting friends and family crash in a spare bedroom or on a couch is a helpful way to help those you love stay safe.

5. Watch out for your friends

Don’t let your friends drive impaired. If you see anyone trying to drive who shouldn’t be, do them a favor and take their keys. The biggest gift you can give your friends is a chance to see another day.

Please choose to drive sober! By driving sober you are saving your own life and keeping many others safe. Always remember, that Georgia drivers can be charged with DUI if their blood alcohol content (BAC) is .08 percent or higher. Stay safe during the holidays. 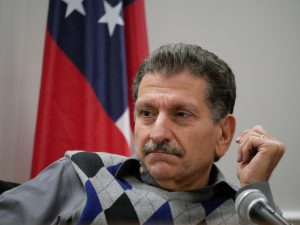 The couple was traveling on Knox Bridge Highway when the driver of a Chevrolet pickup truck barreled over the centerline smashing into Pallone’s Hyundai Santa Fe. The second target of the Chevrolet pickup was a Mazda 3.

The Santa Fe lost control and rolled into the eastbound lane, where a GMC Savanna van rammed into the mayor’s car. The mayor and his wife were pronounced dead at the scene.

The Mazda 3 and GMC Savanna drivers were transported to a hospital nearby. Neither suffered life-threatening injuries.

William Bryan Abernathy, 50, the driver of the Chevrolet pickup, was arrested and charged with reckless driving, DUI, serious injury by vehicle, and vehicular homicide.

After fifteen years of serving North Georgia, Pallone’s death will leave a massive void in the community.

A Gainesville man charged with DUI and other traffic charges was airlifted following a three-vehicle crash Thursday afternoon in Tallulah Falls that resulted in serious injuries.

The crash occurred on Ga. 15 just past Tallulah Falls dam. Both Rabun and Habersham Counties responded to the crash.

Edmanuel Leonardo Mendoza, 21, of Gainesville, was traveling south on Ga. 15 in the left lane in a silver 2013 Chevrolet Camaro. Mendoza failed to maintain his lane of travel and traveled into the turning lane and towards the northbound lanes of Ga. 15, striking a white 2013 Dodge Caravan, driven by a 17-year-old of College Park, Ga., with three-17-year-old passengers, that was traveling north on Ga. 15 in the left lane, in the right front with its front, according to Georgia State Patrol (GSP) Post 7-Toccoa.

After impact, the Camaro rotated clockwise and came to an uncontrolled final rest facing northwest in the turning lane of Ga. 15.

The Caravan rotated clockwise and a silver 2005 Chevy Tahoe, driven by Robert Guess, 71, of Demorest, with passenger Karen Guess, 70, of Demorest, and traveling south on Ga. 15 in the right lane, struck the Caravan in the right front quarter panel with its front. After impact, the Caravan came to an uncontrolled final rest facing west in the southbound lanes of Ga. 15.  The Tahoe came to an uncontrolled final rest facing south in the right lane of Ga. 15 southbound, GSP reported.

Mendoza is charged with DUI and other traffic charges, GSP reported.

Georgia drivers can be charged with DUI if their blood alcohol content (BAC) is .08 percent or higher.

The Department of Driver Services imposes administrative penalties including:

The higher your BAC, the more severe your penalties may be. Multiple convictions will also result in harsher sentences.

Road test typically takes about 20 to 30 minutes. After you pass the test, there may be an additional wait time at the DMV to process your paperwork, take your picture, and issue a license once you pass.

A 17-year-old struck by a DUI driver in Georgia was blamed for her own death by an officer who didn’t understand state laws pertaining to bicyclists.

Ignorance of the law by officials is just one of a laundry list of threats bike riders have to deal with on a daily basis.

Obianuju Osuegbu was on her way home when she was hit from behind on Highway 11 in Winder, Georgia back in August 2020, according to WSBTV-2, by driver Chrissy Rawlins. Rawlins was charged with DUI and endangering her own children, but not with Osuegbu’s death due to cops not making up Georgia laws pertaining to bicyclists and putting the blame on Osuegbu.

Rawlins wasn’t just intoxicated the night of the crash, she was rocking four illegal substances in her bloodstream, including methamphetamine and Valium.

Being a bicyclist is incredibly dangerous in America, and the law certainly does little to back up bike riders.

Deaths have been on the rise over the last decade. From a 2010 low of 618 deaths, the most recent data available from 2019 pegs deaths at an astonishing 846 deaths, according to the National Highway Traffic Safety Administration.

How to keep bicyclists safe:

Relief at the pump is looking good for Georgians. The state Senate Finance Committee approved a bill to suspend Georgia’s gas tax.

House representatives passed the bill on March 11, which means the full Senate must pass it to land on Governor Brian Kemp’s desk, who’s expected to sign the measure.

The Senate could hold the vote as early as Tuesday evening.

This bill would give drivers relief while gas prices continue to climb by suspending the additional 29 cents per gallon.

If passed, the measure would last through May 31.

Drivers were paying well above $4.00 per gallon at many gas stations around Atlanta and said that suspending the tax would bring only a small amount of help but still want lawmakers to approve it immediately.

For drivers who are looking to stretch their gas for as many miles as possible, auto expert Lauren Fix of Car Coach Reports has three simple tips:

“We typically think it’s only a couple of pennies to sit in the drive-thru,” Fix said. “Park your vehicle. Go inside. That will save you the most fuel.”

She recommends not carrying anything in your car you don’t need. By limiting the weight inside your car, you could increase your car’s fuel efficiency.

“Anytime an engine is not maintained properly, that means something’s not functioning properly,” Fix said. “So you’re not going to get the best fuel economy when a pump or hose isn’t working.”

Whether you have been driving for years or you are a brand new driver, A-1 offers classes that will help you brush up on some rules and regulations before it’s too late.

If you have a clean driving record for 3 years, you may take the 6-hour Defensive Driving Program to receive a 10% -15% discount on your auto insurance premium. The insurance discount percentage is determined by your insurance company.

Stevenson, of Senoia, was being held without bond on eight charges including DUI and homicide by vehicle.

He was accused of killing 16-year-old Russell Logan, a student at Starr’s Mill High School Feb. 10.

News outlets have reported that Logan was walking home after watching a lacrosse game.

Penalties for DUI in Georgia are related to the number of prior offenses:

When someone has a first DUI in Georgia they face the following potential penalties:

When someone has a second DUI in Georgia, they face the following potential penalties:

Using these general guidelines with the following steps will make parallel parking easier and safer for the novice driver:

A man accused of killing a man standing on the shoulder of I-85 while trying to avoid a traffic stop is in police custody and facing a litany of charges, including felony murder in Gwinnett County.

The Georgia State Patrol said Victor Allen Smith, 55, led a trooper on a pursuit after trying to avoid a traffic stop.

The trooper activated their patrol car lights, officials said, and the driver sped off north into Gwinnett County, weaving in and out of traffic at a high rate of speed. Georgia State Patrol said it lost control south of Jimmy Carter Boulevard on I-85.

That’s when troopers said the driver skidded into the east shoulder and emergency lane where Martinez and the wrecker driver were standing.

Hugo N. Martinez, 22, died in the collision. Officials said a wrecker had just finished loading his broken-down car on I-85 north. The driver of the wrecker was able to jump over a concrete barrier, officials said and avoided being hit.

Smith is in Gwinnett County Jail without bond.

Whether you are 15 and in need of taking the course or 45 and you just want to brush up on the rules and regulations of driving, A-1 Driving School is here to help!