The girls in foster care were found dead in a hot vehicle in Georgia, according to a statement by the City of Hinesville.

The statement said someone called 911 at 1:42 p.m. to report that two children who’d been missing had been found unresponsive in a vehicle in the backyard of a home.

First responders arrived and found the two deceased toddlers inside. The temperature was around 92 degrees Fahrenheit at the time, according to CNN Weather.

The girls, Raelynn and Payton Keyes, and according to Whitney Morris-Reed, public relations manager for the City of Hinesville. Police said the girls didn’t reside at the house where they were found but often spent time there.

“A search warrant for the home was obtained and GBI was contacted to assist with the investigation,” according to the city’s statement. “A crime scene unit processed the scene with the assistance from GBI and the bodies of the children were removed from the scene and taken to the crime lab. Autopsies will be performed on Monday, September 30.”

Captain Tracey Howard with Hinesville police told CNN that it’s too early in the investigation to determine how the children ended up inside the car.

The girls had been living with their foster parents and two other siblings for about a year and a half.

Why leaving children in a hot car is dangerous:

There is no safe amount of time to leave any child in a car alone! Every 10 days in the U.S. a child dies when left alone in the car. The temperature in a car rises rapidly in the first 30 minutes, even on a cool day. Additionally, leaving the car windows open or cracking them open does not allow enough air into the vehicle.

If a child is overheating, they will present some or all of these symptoms:

A child’s body warms up 3-5 times faster than an adult’s body!

Do you want to learn more about safe driving practices?

These and many more are tips and tricks that are taught at A-1 Driving School! You can apply to be a safe driver in a car today. There is a lot of very useful and informative information in the class that you can apply to your daily driving habits.

A Forsyth County deputy who was fired after allegedly going to a luncheon Sept. 11 while drunk was arrested on a DUI charge, authorities confirmed.

Cannon was confronted by sheriff’s office commanders  “within minutes of the notification” at the 9/11 luncheon, Rainwater said.

Cannon was placed on administrative leave and taken for an alcohol test. He was fired two days later.

He had no disciplinary history, according to Georgia Peace Officer Standards and Training (POST) Council records.

“Agency policy clearly prohibits the use of alcohol on duty and sets strong standards of conduct for off duty actions of its employees as well,” the Forsyth County Sheriff’s Office said in a release. “Citizens of Forsyth County deserve the highest level of professionalism and any employee using alcohol on duty has betrayed that trust and will be held accountable.”

Cannon had been a deputy with the agency since 2007, the sheriff’s office said.

It goes to show that no one is above the law!

Georgia State law requires a clinical evaluation and the attendance of the DUI program that’s certified/licensed by the Georgia Department of Driver’s Services before your driver’s license can be reinstated if you have been charged with any of the following:

Frank Watson, 41, of Johns Creek was arrested on Rivermont Parkway for DUI, endangering a child by driving under the influence, interference with government property, willful obstruction of law enforcement officers, and driving without taillights, Fulton County Jail records show.

Johns Creek officers received a call after 8:30 p.m. that two suspicious cars were at a house that was for sale and unoccupied near Rivermont Parkway. The caller said one vehicle had already left but the second was still there.

When officers arrived, the second car began driving away with all lights off.

The officer caught up to the driver, who was Watson, and suspected he was drunk.

Police also noticed two children in the car with him. While he was being questioned, Watson reportedly said he had two beers 20 minutes earlier that evening and was struggling to stand up, the report said.

Watson soon became combative with the officers and arguing, resisting arrest and calling officers racial slurs, the report said. When officers spoke with the children, Watson started kicking the patrol car door so loudly his children could hear.

Watson’s wife, the children’s stepmother, arranged for neighbors to come and pick up the children and car until she could get home.

Georgia State law also requires a clinical evaluation and the attendance of a DUI / Risk Reduction Program that’s certified/licensed by the Georgia Department of Driver’s Services before your driver’s license can be reinstated if you have been charged with any of the following:

Police saw the motorcycle traveling at over 100 MPH on Ga. 400 southbound south of Old Milton Parkway and issued a lookout.

While behind the bike, the officer saw they were driving around 150 MPH in a 65 zone. The officer said in the report the bike was going 163 MPH per his radar.

The bike turned off the highway at the Holcomb Bridge Road exit, and officers were able to arrest the driver.

The officer asked the driver if there was a reason for him going so fast, and he said he was “just out for a ride,” according to the report. He said he knew he was going well over 100 MPH, but did not know he was going that fast. The driver also said that the bike was quick, and he just barely squeezed the throttle, the report said.

Atlanta Drivers Education has been mandated for all 16-year-old drivers. We are here to spread the awareness of safe driving habits and that driving is a very serious responsibility.

Whether you are 15 and in need of taking the course or 45 and you just want to brush up on the rules and regulations of driving, A-1 Driving School is here to help!

We have 19 convenient location around the metro Atlanta area offering different programs. For more information call (770)962-9555 or visit us at www.a1drivingschools.com!

The officer was at the intersection of MLK Boulevard and Georgia Avenue when he spotted Lawrence’s vehicle stopped in the travel lane. It says on the record that was obtained that a man was standing at the driver’s side door helping her out of her SUV.

The officer then performed a field sobriety test, which he says she failed.

Lawrence was then arrested and booked, and the officer got a warrant to give her a blood test at the Hamilton County Jail.

It goes to show that no one is above the law!

Georgia State law requires clinical evaluation and the attendance of the DUI program that’s certified/licensed by the Georgia Department of Driver’s Services before your driver’s license can be reinstated if you have been charged with any of the following:

Cherokee County Schools school bus drivers, bus technicians, and transportation support staff engaged in annual training together in July, brushing up on safety procedures and preparing to run routes for 2019-20.

Director Jim Georges also took the opportunity to recognize several members of the Transportation staff for recent achievements, including the local winners of the School Bus Road-E-O driving competition.

Vehicle technician Jeremiah Bradberry was recognized for his third-place win in the State Technician competition.

Thank you to the Cherokee bus drivers and to all of the other bus drivers who work hard to keep our kids safe!

The common rule of always stopping for a stopped school bus is not always correct.

Always Stop for a School Bus, when…

Never Stop for a School Bus, when…

This is the common mistake most motorists make when approaching a stopped school bus.

If you are driving on the opposite side of the traffic of a school bus, on a 4-lane highway, always proceed with caution, but always keep moving! Stopping will impede traffic and may cause accidents.

A Monroe man died after colliding with an SUV on Highway 78 near Rosebud Road in a wreck that temporarily shut down the highway.

Bailey Hill was driving his motorcycle eastbound on Highway 78 near Loganville at about 8:30 a.m. when he apparently ran a red light and collided with an SUV, police said.

He was ejected from the motorcycle and later died at a local hospital. 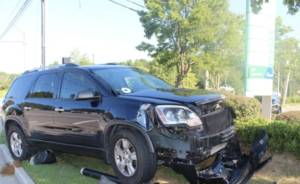 Following the impact with Hill, the driver of the SUV veered off the road and ran over a sign. It’s not immediately clear who was driving the SUV or whether they were injured.

Both vehicles were impounded to the Gwinnett County Police Department Headquarters for further analysis, and the department’s accident investigation unit is looking into the wreck.

Our condolence goes to the family and friends of Bailey Hill.

As a driver, it’s almost second nature to drive in traffic with other cars or trucks. However, when driving in traffic with motorcycles, there are other considerations drivers should make.

Here are some helpful suggestions about how to share the road with motorcycles, and keep both you and the motorcyclists safer:

The same safe driving practices that are taught in A-1’s Defensive Driving Class can apply to be a safe driver in a car and on a motorcycle. There is a lot of very useful and informative information in the class and it will apply whether you have been driving for 30 years or you are a brand new driver.